Damian Nowak is a CEO at Virtkick. He's a Ruby coder, an Arch Linux hacker, and drinks good beer.

This post has been originally posted at blog.atlashost.eu, which I decided to discontinue.
Please visit atlashost.eu to get familiar with AtlasHost.

Privately, we are passionate about software development and open source. Apart from providing a reasonable hosting of Atlassian tools, we want to contribute to community a bit. This is why we decided to run a blog after getting the most important things with AtlasHost done.

These days, Wordpress is the most popular blogging engine. Can you name any other blog software you can deploy on your server? Probably not. I decided to take a look at alternative blog engines. As I like Ruby and its ecosystem, I chose this way. Unfortunately, I didn’t find anything good enough for me and I’m not too demanding.

A few days later I came across a blog engine that works in quite unusual way. It polls a source code repository and publishes a blog post after something is found. The post gets generated as a static HTML and put somewhere in public_html. Homepage, Atom feed and categories get updated. Quite interesting, huh?

I caught the idea. I started looking for some SCM-based blog engines by asking a question at StackOverflow. I tried out some of engines mentioned there and Jekyll turned out to be the one I liked most. Why?

Of course, everything can be both good and bad. It just depends. Being static means lack of comments. However, this particular problem with comments can resolved by using a 3rd party comments widget like Disqus.

This blog is run by Jekyll and Subversion. Run yours too! 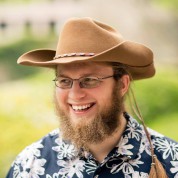